On 11 March 2013, the delivery ceremony of the second and last 112,000 dwt Aframax product tanker, built by South Korean builder for a Kuwait & Egypt based shipping company, at HHI's Ulsan yard took place.

The two vessels, Sea Star and Sea Jewel, were built under the supervision of SeaQuest’s site team.

SeaQuest was also responsible for the plan approval, which was carried out in close coordination with owner's technical department.

On 21 February 2013, the last in a series of four 45,000 dwt CON-RO cargo carriers was successfully delivered to owners at the DSME Okpo shipyard.

The vessels, built under the supervision of one of SeaQuest site teams, offer 6,500 linear meters of vehicle deck space and a capacity of about 3,000 TEU, and can be ranked among the world’s largest CON-ROs.

The most outstanding innovation featured in these vessels is the large, slanted ramp door at the stern, able to support loads of up to 350 T. The 50m custom built stern ramp gives the ships greater accessibility to vehicular traffic than conventional RO-RO’s, and was a challenge for the manufacturer, the yard and the supervision team.

The same SeaQuest team is now looking forward to a similar project for the same owners at STX Offshore and Engineering shipyard in Jinhae, the steel cutting is scheduled for July 2013.

The prompt supervision of SeaQuest site team allowed the smooth resale of the vessel to new owners before the construction was completed. 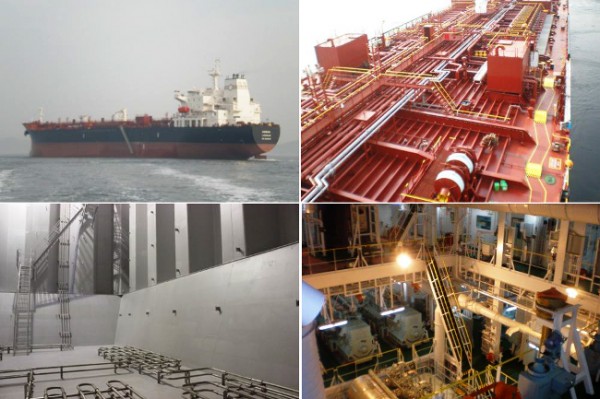 Our Project Manager was on board when the vessel sailed on its maiden voyage in order to ensure all equipment was functional and in good order, wishing a bon voyage to its captain and crew.